Every year, a slew of new parties is announced on Ibiza and often met with as much trepidation as excitement — on an island brimming with world class clubbing it’s no secret that making a mark can be tough. But by this time in the season, summer is in fully swing and all of the newest kids on the block have begun to find their feet, drawing ravers in their droves and delivering the sonic goods, week in, week out. So while you may already be well acquainted with some of Ibiza’s well established clubbing classics, here’s a list of all the fresh parties that have been lighting up our radar so far this year — one for every day of the week.

The start of the week undoubtedly belongs to the masked mystery that is Claptone, who despite never revealing his identity (or perhaps precisely because of it), has a devoted following who are partial not only to his shiny gold persona, but also his vast bank of banging tunes. Since launching this summer The Masquerade has proved to be one of Pacha’s most popular parties, small wonder when the man himself is joined by the likes of Kerri Chandler and Todd Terry each week.

There’s no doubt in anyone’s mind that one of the parties to make the biggest impact this summer is BODYWORKS, Hï Ibiza’s new Tuesday night offering. With a clever bit of programming, the team at the club has brought together a trio of treats in the form of Solardo, CamelPhat, and Fisher — raver favourites who always deliver the high octane goods. There are over 12 weeks remaining of this party — watch it continue to soar.

Over at Ibiza’s most famous open-air club Ushuaïa, Nic Fanciulli’s party Dance or Die is already making an impact. As head honcho he made his intentions clear by booking Carl Cox for the opening, but that was merely the start of a beautiful techno journey. Still to come this summer are George Fitzgerald, Bedouin, Black Coffee and DJ Harvey so expect nothing but the best from this no fuss techno extravaganza.

While it’s not strictly a newbie, it wouldn’t be right to cover off a list of favourites without including the big don himself, Marco Carola. Once a mainstay at Amnesia, Music On has moved to pastures new at Pacha and there’s no single person on the island surprised to discover that it has equally as much magnetic pull as it’s always had. With a new slot on Thursday nights, it still packs the dancefloor to the brim — name us a more iconic Ibiza party than this. We’ll wait. 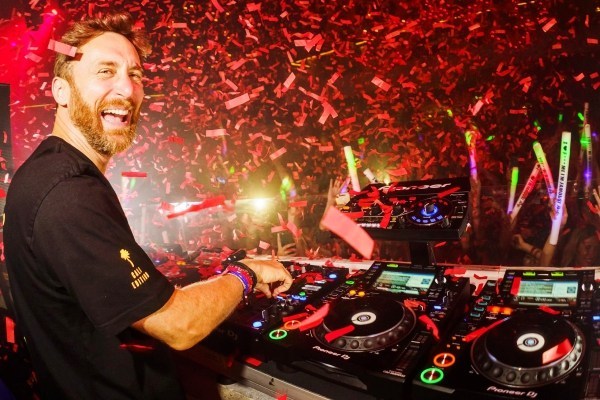 And since we’ve already delved into the world of swapsies, we should also mention David Guetta and his inimitable F*** Me I’m Famous party, which has switched allegiance from Pacha to Hï Ibiza. A consistent sellout for almost a decade, Guetta continues his uncontested reign as king of the island at the Playa d’en Bossa club, albeit in newer, shinier surrounds. Still considered one of the hottest tickets in town, Guetta could throw this party in a bin and it would still sell out.

It’s hard to choose a favourite here because the first official night of the weekend is so jam-packed with bona fide brilliance. There’s world’s current biggest DJ, Black Coffee, throwing down tribal house at Hï Ibiza; the unique, confetti-inspired madness of Elrow over at Amnesia; and party for the masses, Ants, over at Ushuaïa. Nevertheless, what’s tricky for us is great news for you because the more first class clubbing options, the better. Take your pick and let us know how you fare.

Then finishing off the week we’ve got the one and only Pete Tong, who in our opinion, polishes off another seven days of revolving round the sun with inimitable excellence — it is Tongy, after all. Heading the charge down at Blue Marlin on Cala Jondal, this is a beachside fiesta that pops like a can of Cola and fizzes long into the night. So get yourselves down there early, sink some cocktails and and then bounce to the tune selection of a seasoned veteran — when the party’s this good, Monday can wait.