For many, Ibiza is a place to make a beeline for in summer – the sunshine, the parties, the buzz – all of it combined makes for one of the most popular holiday destinations on the planet. But those in the know get in early and head to the White Isle in spring; a time when the landscape is coming alive and the previously slow, steady pace of winter is beginning to quicken. From February onwards, Ibiza turns into a colourful wonderland. The fields turn a shade of lush green, luminescent flowers line the roads, and the island’s famous almond trees erupt in white, fluffy blossom – a truly beautiful sight to behold. To celebrate this transformation, a string of events start to pop up on the calendar, with more and more venues opening their doors early to accommodate the increased number of visitors who descend on the island at this time of year. Here’s our pick of some of the best. 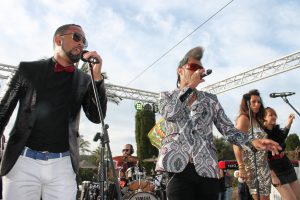 Agroturismo Atzaró is one of the island’s most idyllic hotspots – residents flock here to use its world-class spa, to have Sunday lunch in its tree-lined gardens and to relax among some of the most stunning surroundings you’ll find anywhere on Ibiza. It’s open all year round, but at the end of March each year, it marks the changing of the seasons with its Fiesta Primavera. 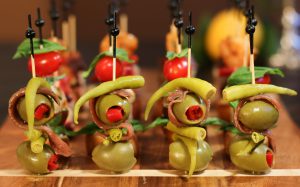 Another spring rite of passage if you’re on-island is the pintxos festival in San Antonio, which kicked off last month and will run until 13 April. Over 40 bars and restaurants in the area have signed up to take part, with each offering a pintxo (a small snack) made from local, Ibizan produce and served with a beer or glass of wine. The best bit is it costs practically nothing (around 1EUR a plate), and the aim is to hop from place to place to sample as many as possible, which is really quite fun. We challenge you to try as many as possible in one night and still be able to walk straight by the end of it.

Lots of the island’s smaller bars stay open throughout the winter months, which fabulous for keeping the locals busy. But every weekend, residents head for Pacha, which stays open all year round. In spring time, the Pacha calendar really ramps up and over the coming weeks some big nights will be ushered in at Ibiza’s most glamorous club. The Melon Bomb boys will be in action on Saturday 1 April, bringing their own inimitable sense of fun and feel-good tunes to the dancefloor. Then on Friday 14 April, Jean Claude Ades brings his famous Be Crazy! party to town before embarking on a summer of sexy goodness at Lío in Marina Botafoch. All this to look forward to in the next few weeks…imagine what summer’s going to look like.